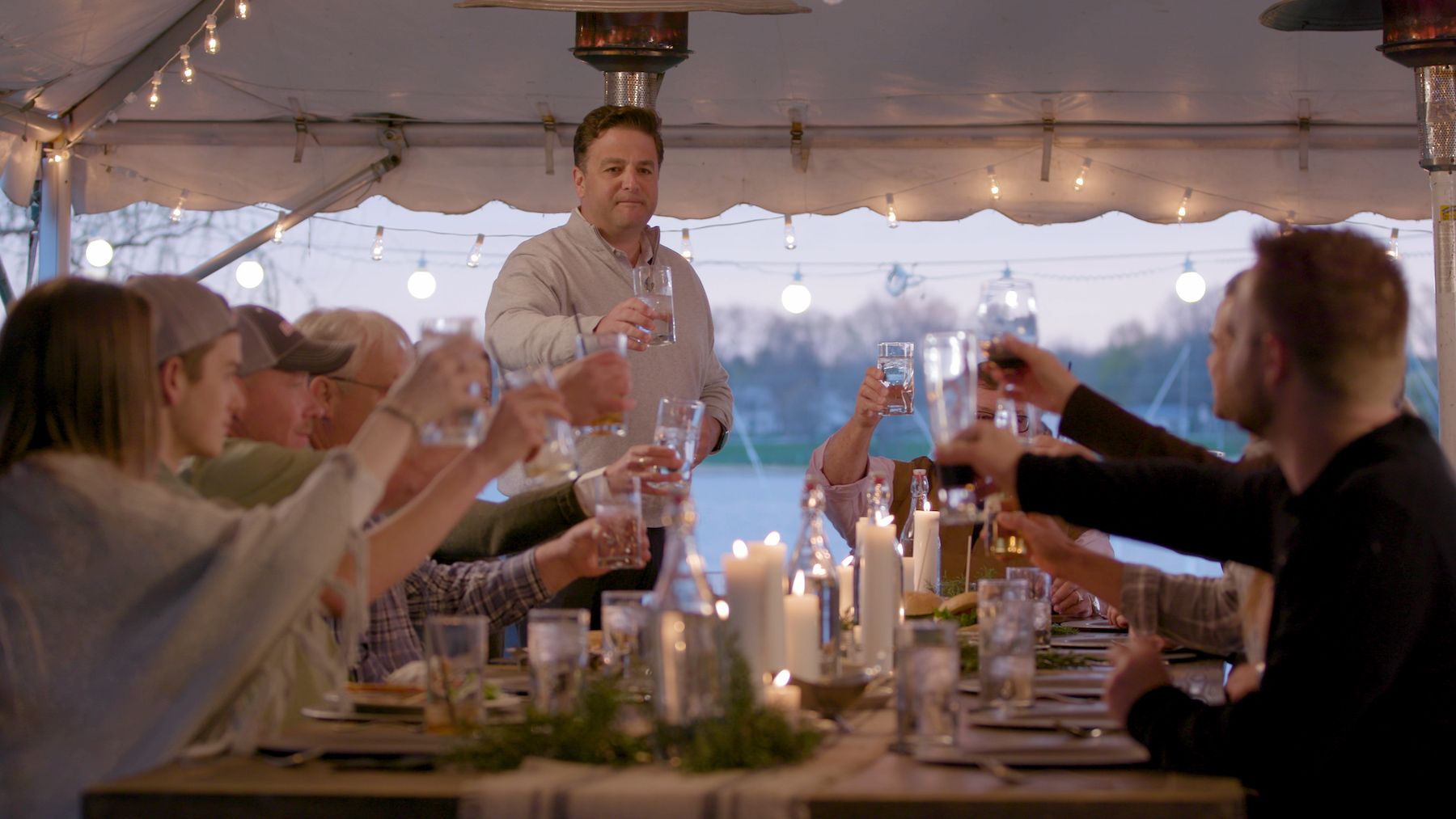 MEADVILLE, Pa. (August 6, 2019) – “Whether it’s 100 years ago, 200 years ago, or 1,000 years ago-- the core of every civilization is its tradesmen. Tradesmen are the backbone of every community. Without tradesmen, there is no community,” stated Ryan DeArment, vice president of sales and marketing at Channellock, Inc.

DeArment made these remarks at a celebratory gathering on April 24 among the craftsmen who make CHANNELLOCK® Pliers, the professional tradesmen and women who use them, and the DeArment family, owners of one of the longest-standing and most respected manufacturing companies in America.

Professional tradesmen and women do the work that needs to get done across America. Electricians, welders, plumbers, carpenters, mechanics, technicians and heavy machinery operators are in high demand, while the supply of tradespeople entering the field is dangerously low.

According to SkillsUSA, the average age of today’s skilled worker is 56, and more than 10 million new skilled workers will be needed by 2020. With more high school students being steered toward four-year degrees, the country is experiencing a serious skilled labor shortage.

Supporting trade schools and generating interest in the trades as a career among young men and women is an important part of the CHANNELLOCK® company mission. As one of the most successful American-born and bred tool companies, CHANNELLOCK® needs these tool craftsmen for its 350-person workforce operating out of its two manufacturing facilities totaling 260,000 sq. ft. in Meadville, Pennsylvania. And, it wants young tradesmen entering the field to carry the CHANNELLOCK® brand in their toolboxes when they’re on the job.

“There is a real need to change people’s perceptions of career and technical training in America,” said Jon DeArment, president and chief operating officer of Channellock, Inc. “You don’t need an expensive four-year degree to make a good living. We hope that students will look up to America's hard-working tradesmen and women because we’re going to need their help as companies like CHANNELLOCK® continue to grow with new facilities and equipment.”

One of the ways CHANNELLOCK® is demonstrating its commitment to the trades is the 2019 release of a mini-documentary series titled It’s Personal. The series tells the stories of real American tradesmen in the plumbing, HVAC, automotive and electrical trades and their strong relationship to the CHANNELLOCK® brand. It’s Personal was filmed on location in Florida, Arkansas, Nebraska, and Texas where the tradesmen live and work.

“The It’s Personal campaign was really a celebration of tradesmen," said Ryan DeArment. “We wanted to explore who uses our tools. This was a chance to understand the people who use our tools daily, who rely on our tools and what is really important to them. It allowed us to celebrate tradesmen and focus on the need to continue the tradition of making things right here in America."

This campaign follows on the heels of the 2018 video series by CHANNELLOCK® titled, The Place, The Plant, The People. This series featured the town of Meadville, Pa., home of the iconic CHANNELLOCK® brand, explored the Channellock, Inc. plant where CHANNELLOCK® tools are made, and introduced four associates who spoke about the deep pride they have for their trades.

The final It’s Personal installment, titled The Gathering, follows the featured tradesmen’s trip to Meadville to tour the plant and meet the craftsmen who make iconic CHANNELLOCK® pliers. It culminates with a dinner celebration hosted by Bill DeArment, chairman and CEO, and his sons, Jon and Ryan DeArment.

“We wanted to create an opportunity for these tradesmen to come to Meadville and meet the craftsmen that make the tools” said Ryan DeArment. “I think it’s important to let our workers see how the people who use our tools every day rely on them, while at the same time, letting the tradesmen see what goes into making those tools. We wanted to celebrate that."

ABOUT THE SKILLS GAP & OPPORTUNITY

The U.S. Department of Education reports that there will be 68 percent more job openings available in infrastructure-related industries in the next five years than there are people in career and technical education training to fill these open positions. The department also reports students with a career and technical education (CTE) background are more likely to be employed than their peers with academic qualifications and are more likely to be working in their field of study.

The It’s Personal Campaign was designed to touch an even larger issue in today’s skilled labor force and CTE—The Skills Gap.

“It’s important to me that younger generations know that working as a tradesperson has value. It makes you feel good about what you’re doing,” said master plumber Ryan Gomiela of Melbourne, Fla., featured in episode one. “You don’t have to be a doctor, lawyer or engineer to be a valuable member of society or make a good living. Physically building something and getting dirty has pride attached to it.”

In It's Personal, each tradesman is celebrated in a chapter of the four-part series:

"The world would stop without hard-working and highly skilled workers in America," said Ged King, CEO of SFW, the marketing agency who created the It’s Personal campaign and the documentary series, The Place, The Plant, The People. “From turning on your lights, brushing your teeth and driving to work, tradesmen play a major role in making all of these things possible. This series is dedicated to them.”

To watch each episode of It’s Personal, visit  www.facebook.com/channellock/ or the CHANNELLOCK® website at Trades Commitment.