Channellock, Inc., is continuing its commitment to American manufacturing and jobs with the grand opening of its plant expansion in Meadville, Pa. The project, which took about 9 months to complete, is now fully operational. 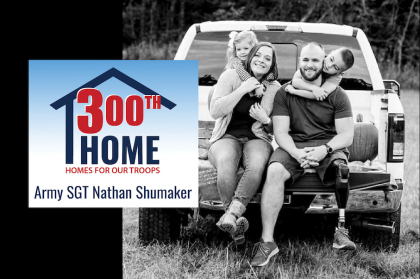 Channellock, Inc., is joining with one of its charitable partners, Homes for Our Troops (HFOT), to celebrate a significant milestone: the 300th home donated to a veteran. 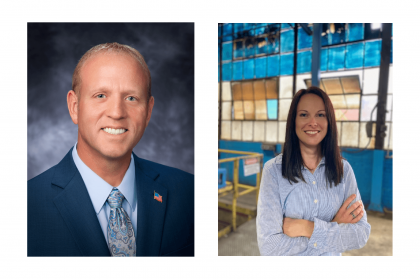 Channellock, Inc. is proud to announce the promotion of Marc Johnston to Vice President of Operations and Laura King to Director of Human Resources. 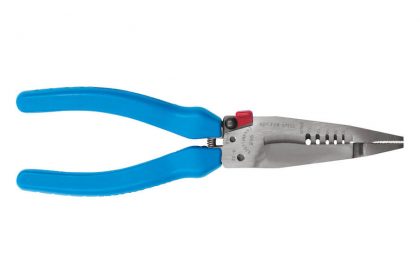 Channellock, Inc., is expanding its line of specialty tools with the introduction of the new CHANNELLOCK® 968 Forged Wire Stripper.

George B. DeArment began hand-forging farrier’s tools and selling them from the back of a wagon.

For over 133 years, Channellock, Inc. has manufactured high-quality pliers on American soil in Meadville, Pennsylvania.

Channellock® supports the trades through our partnership with SkillsUSA and with our Trade School Trade Up competition.

With more than 350 full-time associates, Channellock, Inc. is among the largest employers in the region.

The company manufactures more than 130 different sizes and types of pliers and hand tools.

Channellock, Inc. has more than 4,000 U.S. wholesale and retail customers and ships to customers in 45 countries. 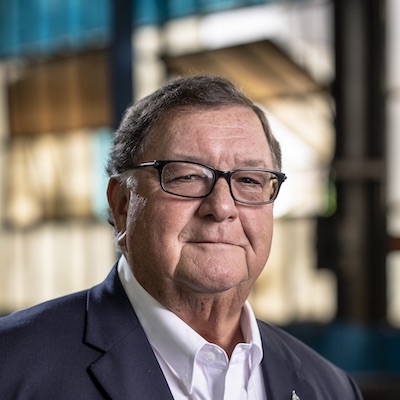 CEO and Chairman of the Board

CEO and Chairman of the Board

Bill DeArment has been with CHANNELLOCK® for 50 years. He is the great-grandson of the company’s founder, and is proud to lead this fifth-generation, family-owned company as CEO and Chairman of the Board.

Bill helped secure a patent for the Perma-Lock® fastener used on all CHANNELLOCK® tongue and groove pliers and all slip-joint pliers. He also worked to get the company’s signature CHANNELLOCK BLUE® trademark protection by the U.S. Patent and Trademark Office.

Throughout the 90's, the company’s marketing efforts were defined by motorsports marketing. Bill lead the effort to establish CHANNELLOCK® as one of the early corporate sponsors of the NASCAR Busch Grand National Series, beginning a 13-year relationship.

Bill previously served as president of CHANNELLOCK®. He earned a Bachelor’s of Science in Economics from Ohio Wesleyan University.

Bill is proud of his work helping to grow and keep the company together for the next generation, which he attributes to a lot of help from great people. He’s very pleased to see his sons, Jon and Ryan, and daughter, Joanie, stepping up into leadership. 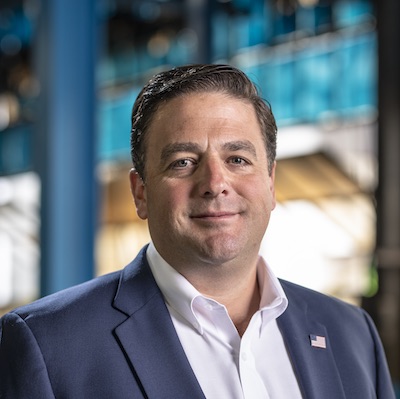 Jon DeArment has been with CHANNELLOCK® for more than 20 years. As President and COO, he is proud to be part of the fifth-generation that’s helping to lead the family-owned company.

His experience includes positions in nearly every department at CHANNELLOCK®. He began his career working in the plant during summers while on break from college. Over the years, Jon worked his way through different areas including maintenance, the machine shop, human resources, sales and marketing, and the manufacturing section of the business. He served as Vice President of Manufacturing and Engineering before becoming President and COO in 2014.

Jon takes pride in making pliers that pros depend on to earn a living and provide for their families. One of his best memories is sitting next to the President of the United States, who told Jon that “CHANNELLOCK® pliers are of the highest quality” and “you won’t find any better!”

Jon earned a Bachelor’s of Science in Business Management from Gannon University. He also graduated from the Bell Leadership Institute’s Masters in Leadership Program. He was awarded the 2016 Gannon University SBDC Presidents Award and was a 2017 Pittsburgh Smart 50 Award honoree. He serves as the Vice President for the Hand Tools Institute Board of Directors.

In his spare time, Jon enjoys riding his motorcycle and boating at the lake with his wife, Dana, and their three children. 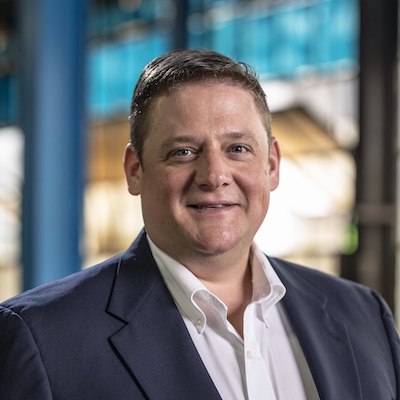 Ryan DeArment has been with CHANNELLOCK® for more than 20 years and is part of the fifth-generation that’s leading the company. As Vice President of Sales and Marketing, Ryan is responsible for the profitable maximization of the company’s sales and products, as well as the continued development of the CHANNELLOCK® brand name.

He has served in several different management and director roles throughout the years, most recently as Director of Marketing. He began his career during college working summers on the shop floor.

Ryan is a board member for both the Hardware Marketing Council and the Meadville Area Recreational Foundation Board of Directors. In his spare time, Ryan enjoys riding motorcycles and spending time with his wife, Terra, and their three children. He is also a past champion of the CHANNELLOCK® chili cookoff! 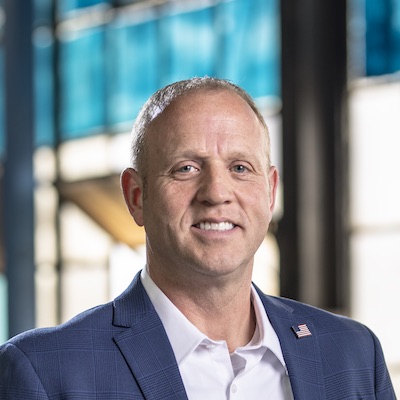 Marc Johnston has been with CHANNELLOCK® for more than 20 years. Finding and recruiting dedicated and trainable employees is at the forefront of his job as Vice President of Human Resources & Workforce Development. His goal is to train them to become safe, engaged and productive members of CHANNELLOCK® for years to come.

Marc takes pride in his role at CHANNELLOCK® to find and recruit employees that are dedicated to hard work and ensuring CHANNELLOCK® tools are of the highest quality.

He earned his bachelor’s degree in engineering and business administration from Edinboro University of Pennsylvania. He currently serves as the board president and chairman for the Western Crawford County United Way and is a board member of the Crawford County Career Educational Alliance. He is also a 2007 CHANNELLOCK® Falcon Award winner, an award dedicated to CHANNELLOCK® associates who best demonstrates dedication and commitment to the company.

Marc enjoys all things fishing in his free time in addition to archery, hunting, downhill skiing and walking his three dogs, Crosby, Max and Penny with his wife, Jen, and daughter, Jaeda. 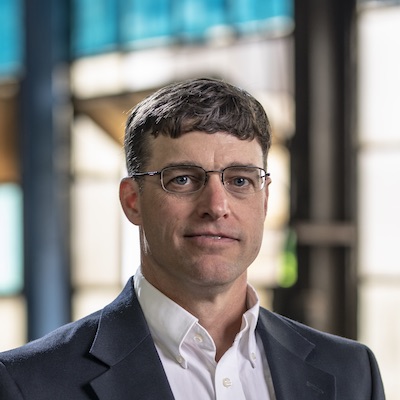 Stephen Sada has been with CHANNELLOCK® for more than 16 years and serves as the company’s Secretary and Treasurer. He strives to lead the finance department with honesty, accuracy and integrity. He believes in the importance of treating everyone with the same level of respect and working hard.

Steve helped oversee the full implementation of a major upgrade to the computer system at CHANNELLOCK® that involved virtually every department at the company. He’s proud of his leadership in helping all departments at the company come together to successfully accomplish this upgrade.

Steve is a Certified Public Accountant (CPA) and Certified Management Accountant (CMA). He attended the University of Akron in Ohio where he earned a degree in accounting. Beginning his career at Ernst & Young, Sada later went to Erie Forge & Steel as treasurer. Before coming to CHANNELLOCK® he served as treasurer at the Country Fair Headquarters in Erie, Pa.

Steve and his wife, Crystal, have been married for 28 years and have two sons that recently graduated from college. He played baseball at the University of Akron and both of his sons followed in his footsteps, also having played baseball in college.